Pokémon Go Privacy: How to Stay Safe While Using the App 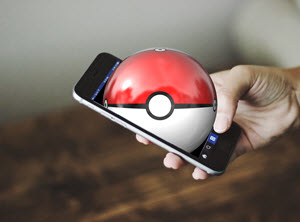 Earlier this month, Niantic launched Pokémon Go – a location-based augmented reality game you can play via your mobile device – available to both iOS and Android users. The app was a sensation across the globe with 26 million users in the U.S. alone!

And, as the hype continues, it’s important for users to think about cybersecurity. Here are some things to be aware of.

Google Account Concerns
Upon downloading the app, Pokémon Go requested access to users’ full Google accounts. While the app was initially unclear on what this meant, privacy experts expressed concern the app could access everything from your email, Google Drive, contacts and more.

In a joint statement with The Pokémon Company, Niantic quickly responded to the alarm: “Pokémon Go only accesses basic Google profile information (specifically, your User ID and email address) and no other Google account information is or has been accessed or collected.” They are currently working on a fix to tweak Google account permissions.

What to do: Update your app to the latest version if you are an iOS user and review Niantic’s Privacy Policy here.

Malware Threats
As the Pokémon Go app grows in popularity, gamers in regions where the app has yet to be released are eager to get their hands on the game. Cyber criminals are exploiting the Pokémon popularity by tricking users into downloading similarly-titled, malicious apps.

This was first spotted with a lockscreen app called “Pokémon Go Ultimate,” as well as “scareware” applications.

What to do: Avoid downloading apps from third-party markets and unknown sources. If Pokémon Go isn’t available in your area, be patient.

Remember to exercise caution when using apps. Your personal data and safety should always be top of mind when engaging with augmented reality games, especially as these apps grow in popularity.