Cybersecurity and the Presidential Election 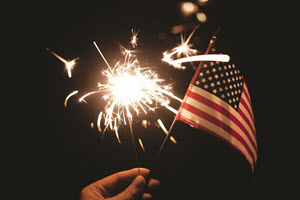 Cybersecurity was a prominent issue in this year’s presidential elections, from attacks against Democratic Party institutions to concerns around hacks at polling sites. Regardless of where you stand politically, the election outcome will undoubtedly have implications for consumers.

This past year we’ve seen some significant activity in this area from the White House, including the introduction of the Cybersecurity National Action Plan (CNAP) – a plan which takes near-term actions and puts in place a long-term strategy to enhance cybersecurity awareness and protections, and empowers Americans to take better control of their digital security. We can expect cybersecurity to remain a popular topic of conversation and influence decisions being made in 2017 and beyond, as it continues to garner national attention.

What can we expect in 2017? While we’re still in the early stages of learning about President-elect Trump’s plans for cybersecurity, he does include cybersecurity as a priority in his first 100 days in office plan. Here, he promises to work with Congress to establish a “Restoring National Security Act,” a provision of which would go towards protecting the country’s infrastructure from cyber-attacks. Trump has also promised a federal hiring freeze and a new requirement that two federal regulations be eliminated for every new regulation. If enacted, both of these policies could potentially impact existing cybersecurity regulations, like the CNAP.

As we learn more, it’s important for consumers to understand the role they play in securing their identity, regardless of decisions being made at the state and federal levels. Take proactive steps to help safeguard your personal information: say yes to software updates to address security vulnerabilities, create strong passwords for your online accounts and use two-factor authentication for an extra layer of security, and remember to use caution when sharing personal information on social media and beyond. For more information on how to help secure your personal information, stay up-to-date with our blog.