The Battle Over Encryption 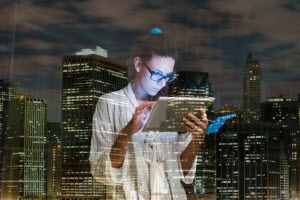 In the wake of the Apple and FBI battle, we’ve seen heightened awareness around encryption. The most recent example of this is seen through WhatsApp, the online instant messaging service owned by Facebook with more than one billion global users, who rolled out end-to-end encryption for all of its users.

So, what exactly does this mean? According to a blog post written by WhatsApp CEO Jan Koum, this latest software update has ensured that every conversation on the messaging service – whether private or a group chat – will have full, end-to-end encryption. This means that only the recipient is able to see the message. “No one can see inside that message. Not cybercriminals. Not hackers. Not oppressive regimes. Not even us,” said Koum.

Despite high praises from privacy advocates for WhatsApp’s stance on consumer privacy, others have expressed concern from a national security standpoint.

The FBI’s top attorney, General Counsel James Baker, spoke out during an event hosted by the International Association of Privacy Professionals (IAPP): “If the public does nothing, encryption like that will continue to roll out,” he said. “It has public safety costs. Folks have to understand that, and figure out how they are going to deal with that. Do they want the public to bear those costs? Do they want the victims of terrorism to bear those costs?”

Senators Dianne Feinstein of California and Richard Burr of North Carolina also spoke out against encryption, introducing a bill intended to “tackle the rising use of strong encryption technology that cannot be decrypted by anyone without the correct key – including law enforcement and the companies responsible for creating it.”

Regardless of where you stand in the encryption debate, the outcome may likely impact us all when it comes to security and privacy.